Semper gumby, always flexible. Missions trips never go the way you planned. After many mission trips in high school, I have seen and experienced this many, many times. Cherie and Thad have been telling us from the beginning that we need to expect things to go wrong. Things going wrong should be expected so that the problem can be dealt with well. Our first day of VBS tested this team's ability to go with what we had.

We started the morning with breakfast and a short devotion together before two of our three cards headed out to pick up the first three kids for the day. Then we headed to the church to prep for the VBS. Things only went as planned to that point. Most of the team headed out with JD to pick up a number of children for the VBS who’s parents either wanted or needed their children to get a ride in order to go. While they were off doing that, other children who could be dropped off began showing up. While we waited, they played with bouncy balls, blocks, and chalk to fill the time. Start time came and went without any of the four cars we sent out returning. Around 15 minutes after start time, Johnathon and Cammie returned with 3 children. After half an hour passed, we decided it was best to get started without the rest of the kids. The fewer kids meant a change of schedule for us, which ultimately was a better way of running the camp. Even though the rest of the children being picked up were late, we were able to present everything in a way that was more beneficial to the children.

Music, the story of the lost coin and lost sheep, crafts, and a puppet show together with an English lesson all made up a successful day. Every child was able to take home some cotton ball sheep and some got some squeaky sheep as well. Between JD and Becky, we were able to make sure the kids understood the lessons and instructions.

After VBS, Cammie served us a wonderful lunch back at the mission house before we all took about an hour to rest up and get some other things done. Then we headed back to the church plant to get done some of the other projects we have for the week. JD gave us some wonderful information about Los Barrios and the different neighborhoods within it. From there, the guys all headed to the hardware store for supplies to build the puppet stage we are creating for the Bennetts to use in their ministry. Meanwhile, the ladies spent some time praying for Los Barrios, the children who had come, and anything else that came to mind. Then we set to work on another part of the project, sewing the curtains for the puppet theater. During all of this, Sally was able to begin our time in the prayer closet. She, Zach, and Thad were able to get their time in, praying for around an hour about whatever came to mind. We were not able to finish the puppet stage tonight but did get a lot done on it.

Finally, this busy day came to a close with a light dinner, put together by Cammie, and a worship and devotional time. Mikarah led us in a couple of songs and then Bekah presented 2 Corinthians 6:2 to us. After some discussion about the days and praises for the team, we ended in prayer and cleaned up for the night.

We always need prayer for health and safety. Today went wonderfully despite some speed bumps along the way. We are praying for an even better day tomorrow as we get into the swing of things. Pray for travel mercies and smoothness in the picking up and dropping off of the kids. We are extremely grateful for JD, Sarah, and Becky, as well as the kids who speak English and Spanish who enabled us to communicate with children who would not have otherwise been able to understand us. Thank you again for your prayers and support.

Morgan Vandiver for the team. 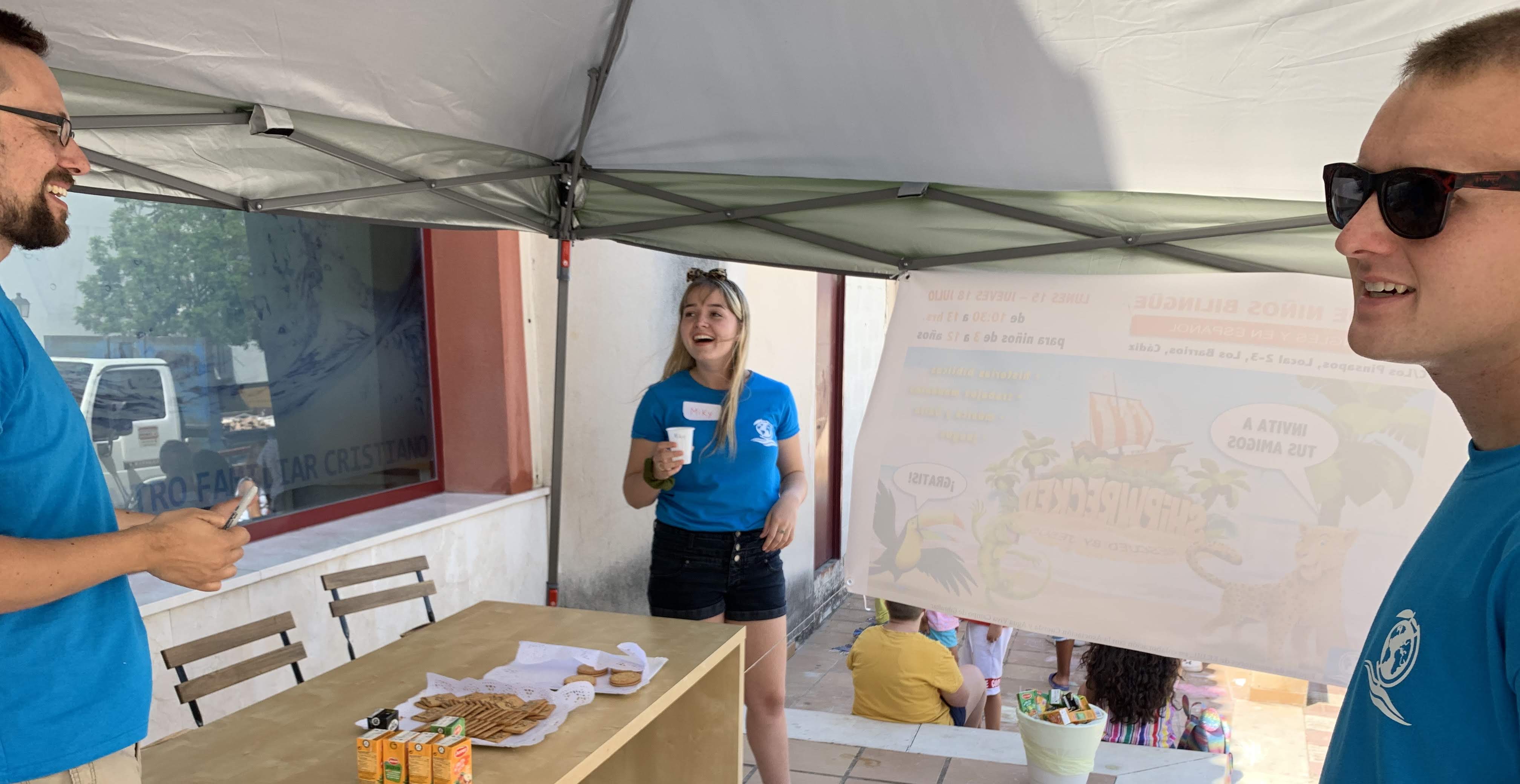