Yesterday and today were long and tiring, but were also very good. Yesterday was our trip across the strait to Morocco, where we visited Tetouan and Tangier. We were up early to get to the ferry. We met up with JD, Sarah, the girls, and a friend of theirs, Lydia, an intern. JD left the "messenger labs" in his car so people coming through on the ferry might stumble upon them. The messenger labs create a hotspot that leads people directly to a website where a video about Jesus, and other resources, can be downloaded in multiple languages. We will hear back about the statistics tomorrow, most likely.

We headed on the ferry to Ceuta, where we met up with our tour guide, a Moroccan named Muhammed then headed out to the Spanish and Moroccan border. As we waited our turn to get through, it was easy to see that most people were not coming into Morocco but were instead going into Ceuta. JD explained that many go to work in Ceuta or go there to purchase things they cannot otherwise purchase. After a bit of waiting at the border we were in Morocco and our day really began.

The thing I really noticed about Morocco was the stark difference between the areas of wealth and those of the poor. Most of the places we walked through in Tetouan were dirty, broken down, and not very well kept up. Then we got to the king’s summer palace and everything was pristine. The entire experience was such a culture shock. Most of the women we saw were wearing head covers, which really made it obvious to me where we were. Our tours guides in both cities tried to build up the greatness of their cities but it often felt shallow, looking at the place around us. In Tangier, the man that was presenting us that city was very insistent on the fact that it was an ‘international city’. They have Muslims, Jews, and Catholics all living together. But, after he talked about that, JD mentioned to us how they are very against people moving from one religion to another. The religion you were born in is the one you follow. You stay in your group. The whole experience, from the place we were taken on the tour, to the little bit of shopping we did while there showed us a little bit of the culture some of the kids we worked with this last week came from. It also gave us a visual of what life is actually like in a country like Morocco. Despite us getting back very late last night, it was worth it to understand some of the kind of people JD and Sarah are ministering to.

Today we got a bit of a look at Spain. After getting up we headed out to pick up JD and the girls from a McDonald’s because Sarah had to wait for their kitchenette’s counter to be delivered. When it was delivered last week, the counter was damaged by the people delivering it so they had to wait for it to come in. JD took us to a restaurant where we had a more traditional Spanish breakfast, consisting of things such as toast with tomato and olive oil. When we finished breakfast, we headed up to a beautiful city in the mountains. JD explained that it was a running city until they were having problems with emergency vehicles getting to it. So they built a modern city down the hill and everyone moved down to that one, emptying out the original. Now some people live there, though there are mostly hotels and stores. It had a beautiful view of a lake. We got to look around at our own pace, with JD excitedly telling us different facts about the place.

After that we headed out to Rhonda, which had a beautiful bridge that took quite the hike to see completely. We ate lunch and walked around before heading down to a beach which is a major port for smuggling and sex trafficking port. We did some prayer walking then gathered together to do a final prayer together before heading back and doing some worship and devotions. All together, it has been a good two days and we are excited for our last day.

Please keep our health and safety in your prayers. Also pray that our last day runs well and we get everything we need to done. We would also appreciate your prayers for Morocco, the immigrants in Spain from there and other places, and those caught up in the slave trade here, that somehow JD and Sarah’s ministry might impact them. Thank you for all your prayers and support.

Morgan Vandiver for the team. 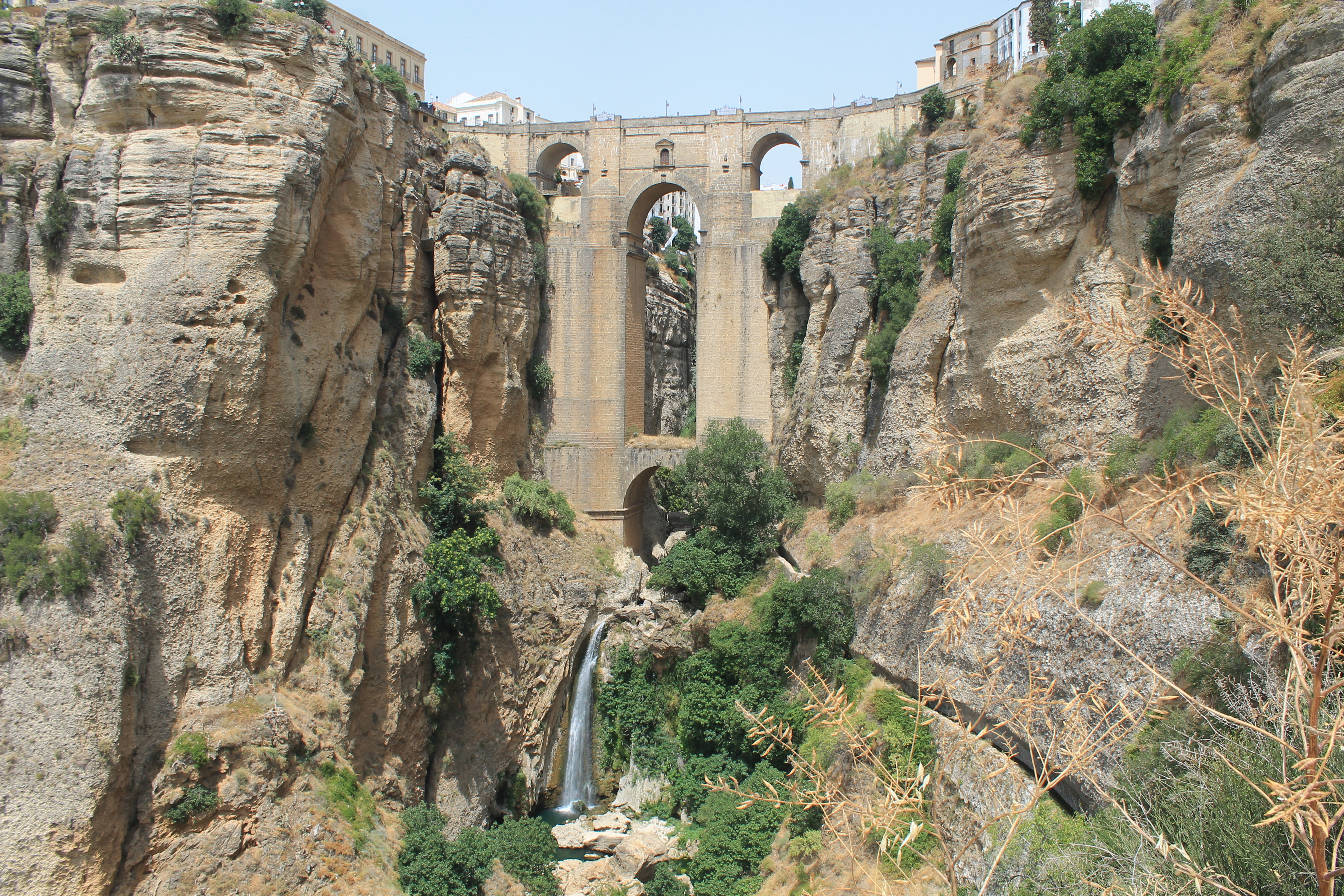