Hope in the Midst of Ebola 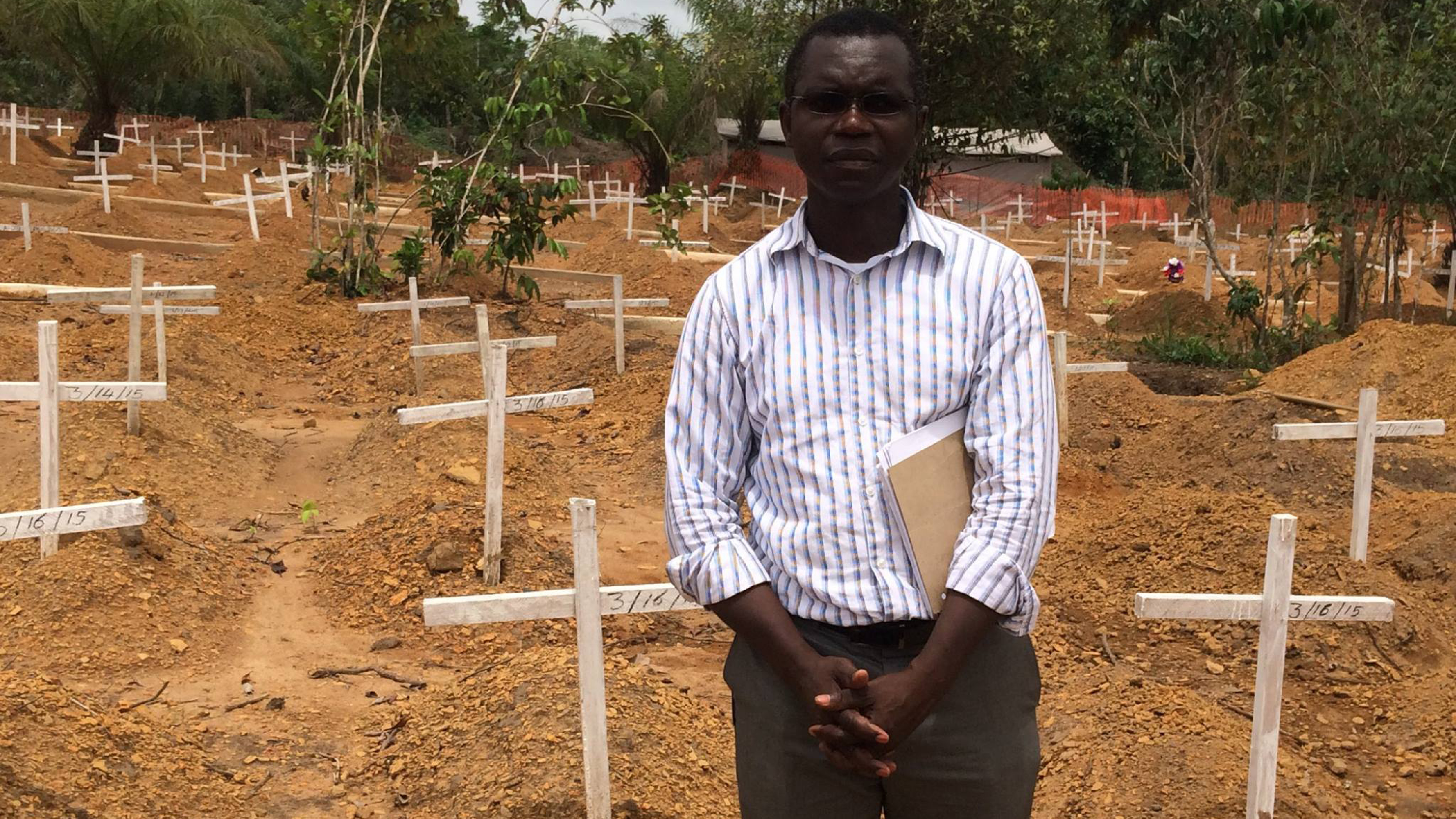 David Yleah, though a member of our Trinity family is often not visible as he shuttles back and forth to Liberia every 4 to 6 weeks. Each time he goes he leaves behind his wife, Dorwoan and three small children, Elizabeth, Micah and Nathan. David being from Liberia knows the hardships of war, living in a refugee camp, yet fully trusting God when nothing else made sense.

By God’s grace and the help of a missionary family David found his way to Covenant College in Georgia. This became the stepping-stone that later led to a degree in Public Health. Thankfully David has had opportunity to return to his homeland with a Trinity team that partners with David & Lucy Kiamu of the Evangelical Free Church of America (EFCA).

With the Ebola outbreak, God fanned a flame in David’s heart to return to Liberia to use his expertise in Public Health. He and Dorwoan struggled in prayer as they faced a dilemma. On one side was the reality of mortgage payments, maintaining the family in his absence, and the cost of travel. On the other was an incredible opportunity to serve God in his native land and by faith he resigned his US job.

David now works with the Ministry of Health in Liberia. The first assignment was to serve as a co-chair of the decommissioning team consisting of representatives from the World Health Organization (WHO) and United States Agency for Int’l Development (USAID). Liberia is now Ebola free and it has been deemed necessary to close down the Ebola Treatment Units (ETU). However on his second trip there was a small flare up of ebola, which they were quick to contain.

“David believes God is able to bring change and he is willing to be a change-agent for God. His greatest desire is to see Liberia transformed physically, emotionally and spiritually.”

Ebola infected more than 10,500 persons; half of them died. A protocol for developing standards to prevent further infection and disease needs to be developed. Plans for the disposal of solid and liquid waste generated by those infected by Ebola are yet to be fully formulated. Survivors need social, medical and psychological assistance. Medical records need to be collected and archived for further research. It will be a herculean task to revitalize the healthcare system in Liberia.

With David’s expertise in Public Health and his knowledge of the Liberian culture he is able to communicate essential messages to his team and build consensus with the Liberian government around difficult and sensitive issues that emerge during the decommissioning process. David’s role of “hang-head” or peacemaker has become a key component to the successful ongoing work of reaching their goals.

David believes God is able to bring change and he is willing to be a change-agent for God. His greatest desire is to see Liberia transformed physically, emotionally and spiritually.

Proverbs 3:5-6 “Trust in the LORD with all your heart and lean not on your own understanding; in all your ways acknowledge him, and he will make your paths straight” are verses that David meditates on all through the day believing that they are essential to the restoration of Liberia.

Pray for God’s protection and good health for David and his family. Pray for their financial support and that David will see the desire of his heart.